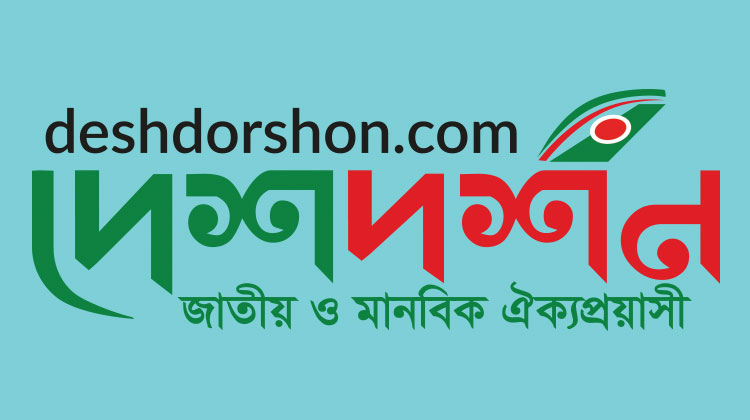 The whole world is at a standstill in the Corona situation. The world is in a state of crisis. Not only the crisis but also the world is on the verge of losing its civilization. This is like a horrible situation. There is panic all around. Yet there is no end to human life. Every now and then, in this moment of crisis, people are running for their livelihood by risking their lives. At the same time, those who are assured of food and those who do not have it are both saying the same thing. Where there is no guarantee of one of the basic desires, in this fragile economic system, what are the people expecting from the rest of the desires?

The action of the action reaction is very strange. Maybe it can’t be taken very easily. However, if you search, you will see that it is a rough reality. Because we are constantly committing suicidal things, whether we know it or not. In the midst of it, he thinks of others, he does whatever he can when he is in front of him. But everything is verified according to the results. No matter how beautiful the rose flower tree is, if you don’t hold the flower, its beauty has no value. Because her beauty is manifested by flowers. Today’s ‘corona’ is proving how dangerous microbiology is today. This is the result of the so-called advanced research.

Every now and then, in this moment of crisis, people are running for their livelihood by risking their lives. At the same time, those who are assured of food and those who do not have it are both saying the same thing. Where there is no guarantee of one of the basic desires, in this fragile economic system, what are the people expecting from the rest of the desires?

While the world is claiming that the world is now reaching a new horizon in the development of microbiology. But that world is now on the verge of destruction in the coral grass of the micro. ‘Corona’ is made of microbiology. Which has now become obsolete and has spread all over the world. One of the reasons for this is that these biologists are now selling themselves to raise capital. Because natural disasters are not easily controlled by us, it is also very time consuming to find a solution. The world is now floating in the tide of socio-economic development and the world of so-called knowledge has also been sold for money today. So the researchers are ready to do whatever it takes to get rid of the flood of money. That is why the Spanish researcher considers money as the criterion of difference.

The measures that have been taken so far to prevent ‘corona’. Not everything is possible without the help of a multinational product company. These companies can’t think of anything but converting money into capital. Their capital is life, capital is death. And they have developed with a focus on capitalist education. Where there is no humanity. There is only enjoyment and enjoyment. But today the people living on this blue planet are thinking of this education as the only and only way of liberation. No syllabus, institution or prescribed textbook is required for teaching humanities. All that is needed is goodwill and the mindset to build oneself as a real human being.

The origin of the virus is more terrifying to the world than the financially ethical grip of a commercial company. Hundreds of millions of rupees are being squandered on the pretext of demand and production of goods. No one is in this predicament, only those who are busy trying to save themselves. But no one is free from the grip of this virus. Isn’t this a new game to reverse the meaning of capitalism? If so, saving lives is a threat to us. So now is the best time to think about the global situation, not just ‘Corona’. It is our duty now to try to solve the problems of the present as far as the existence of the future is concerned.

We are surrounded by countless viruses that are more invisible than corona. There are many viruses in our minds like frustration, anger, distrust, mistrust, violence, conflicting mindset. The source of which is the issuance of certificates in the name of uncontrolled information technology and education. People are rarely controlled by law. Constructive knowledge and its proper practice have been able to successfully control people. Whenever there is scarcity here, the world is on the verge of collapse. There is a terrible virus of uncertainty, insecurity and unrest in human life. Many noble-minded people have come here to regain control of their lives. Knowledge will not be enjoyed while making a decision right now? Today, civilization is in danger in the Coral Grass of Corona.

One of the hallmarks of modern society is that he is eager to get what he wants. For a moment, he began to take action without examining its pros and cons. There is another class of people who are very thoughtful. They arrive at a place where there is no solution. But if they don’t play it in their head, life is a balanced system. According to which, if the amount of hair is this way and that way, disaster is bound to happen. Just as it is inappropriate to work without thinking, it is also inappropriate to live like a lazy person. Not only ‘Corona’ but also its superior viruses are forced to accept the current rate of humanity. Humanity education is about eradicating the deadly virus like corona. Human life is in turmoil at this critical moment in Corona. Innovation is standing in front with hands clasped.